It’s no secret we’re living in the age of fake news. There are the straight-up lies, of course. But even more slippery is the double talk. From politicians to credit agencies, we seem to get an endless stream of promises ... and precious little follow-through.

To the trained ear, however, this lack of commitment is often evident from the start: language is a canary in the coal mine. The “meta tags” embedded in otherwise harmless words can signal if someone is truly committed and sincere or checked out and disingenuous.

In building multiple startups, I’ve gotten pretty good at using language to decipher whether a company’s culture is built on accountability, clarity, collaboration and respect. For leaders, here are five seemingly innocent language flags to watch out for your in your employees, suppliers, competitors and, most of all, yourself:

A while ago, I was brought on as a consultant at a manufacturing firm where quarterly targets were consistently being missed. Listening to employees plan a label redesign, I immediately knew they’d blow their deadline. Why? Every sentence was prefaced with “when,” as in, “When X happens, then we’ll do Y.” This kind of fuzzy, wait-and-see logic was repeated throughout the company. It’s no wonder operations were stalling.

The quickest fix for this is applying what I call a “WTF-is-wrong-with-today” attitude. It’s pretty self-explanatory: Nine times out of 10, immediate action is better than delayed action. The next time someone says they’ll get you an answer next week, try pressing them: What’s wrong with today? There may be a legitimate reason for the wait, but, more often than not, delays are excuses in disguise.

“If” might be small, but it packs a hell of a punch. With a single syllable, “if” implies that nothing can happen until some vague, future event occurs, and betrays a lack of confidence and commitment. For leaders, it can be particularly devastating.

Recently when speaking to my team about securing an important investment to scale our technology to harvest precious metals from e-waste, I slipped up. “If we get this funding,” I started to say. My team members’ energy levels drained before my eyes; their minds went from excitedly planning how we’d grow the business to doubting whether it would even happen.

To be clear, as adults, we know that not every single situation will work out in our favor. But highlighting this uncertainty with an “if” statement is crippling.

On its surface, it doesn’t seem bad—“must” conveys decisiveness and encourages immediate action. But in reality, “must” is destructive, turning an opportunity to collaborate and strategize into a simplistic (often unrealistic) command. It’s a term that breeds arbitrary timelines and expectations without considering available resources and other practical sensitivities.

In place of the autocratic “must,” I encourage managers to start a conversation. Rather than imposing a deadline from on high, I’ll turn to my team and ask, “On a scale of one to 10, how do we feel about wrapping this up by Friday?” Asking a question rather than issuing a command encourages everyone to plan and troubleshoot. And because team members help determine a project’s framework, they feel a sense of personal responsibility and accountability for getting it done on time.

This is a loaded one: When a manager tells a report he “should” have managed his time more wisely, it inevitably comes across as a reproach. For better or worse, few of us handle this kind of direct criticism well, especially in the workplace. It breeds resentment and shuts down productive communication. That’s why “shoulds” are ticking time bombs to be avoided at all costs.

When one of our engineers blew a deadline, for instance, I didn’t tell him what he “should” have done differently. Instead, I asked him to explain how he thought the problem could have been avoided. (It turned out hiring an external engineering firm would have been a big help.) Had I swooped in and barked out commands, I would have directly undermined his ability to take ownership of what went wrong and how to fix it the next time around.

As with “should,” “but” screams negativity. The word either reads as an immediate rebuke (“but you should have done this instead”) or an excuse barring further action (“yeah, but…”). In either case, the fix can be surprisingly simple: try replacing “but” with “and.” The swap turns a negative into a positive, opening up the door for collaboration.

Recently, I asked my chief operating officer whether he could finish a project by the end of the month. He responded with, “yes, but…” before catching himself. He paused, thought a minute, and then started again: “Yes, it’s possible. And I’ll need the help and cooperation of these people in order to do it.” In that moment, he shifted the focus away from doubt and risk towards planning and troubleshooting.

To be clear, these words all have legitimate grammatical uses (I’ve used them plenty of times in this article!) and sometimes they just can’t be avoided—but they’re easily abused in the workplace. We’ve done our best to bar them from Ronin8, though it’s not always easy. Hacks like having a “banned-word jar” can help. (As with a swear jar, employees might drop in a dollar or owe the team a coffee for every illicit “when,” “if,” “must,” “should” or “but.”) Deeper still, minimizing these phrases comes down to creating a culture where employees feel respected and supported. The payoff—clearer communication, mutual respect and improved productivity—is well worth the linguistic crusade. 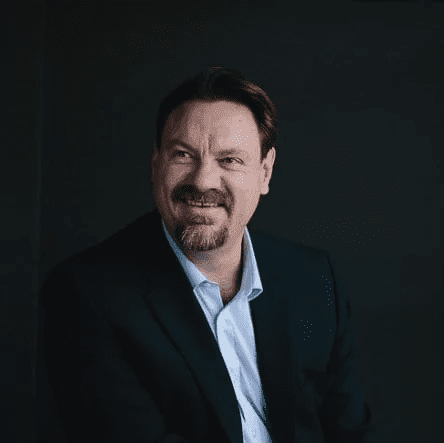 Subscribe to our email newsletter:
We care about the protection of your data. We’ll never share your details.

How I (Finally) Learned to Be More Emotional

Do Smartphones Go to Heaven when they Die?

How the Manufacturing of Toxic, Contaminatin

This is what really happens after you throw

Related Articles from the same category:

"Everyone needs a big burley South African on their side"

Ryan Vetter
Subscribe to the Buccaneer Briefly
Sign up for Peter's daily email and receive a free copy of one of his books.
Services
BooksCoursesCommunityMentoring
Seminars
RegisterWhat To Expect
Follow Peter
OdyseeTwitterLinkedIn
LATEST ARTICLES